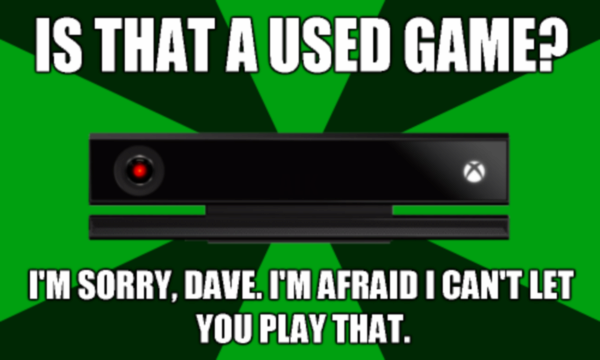 Welcome again, folks; in the hope of breathing life to this place, I will sometimes ramble on this blog… but always on subjects related to music and gaming of course.

Well, most of the time. All that will be published in that column are, at worst, idle or random thoughts of mine and are not endorsed by any company I might work for, blah, blah. Consider them fine political analyses to your own risk.

I had been idly discussing the next-gen consoles sales figures with a friend and we came to the tremendous gap between the PS4 and XBox One. The two machines have been out for a year now, and it’s enough to start getting some perspective. And, as of last August, the PS4 outsold the XBox One by a crushing two-to-one proportion.

We currently seem to be in a strange situation regarding consoles. The new machines do not really have as much to offer and their forefathers did – the PS3 and the 360 (and even the Wii) offered a really new experience at the time. But when you look at the offer for these new machines, you find most of the titles are also available on the previous systems. This will change, of course, but a discerning gamer could say that, for several months, there was next to nothing new to get.

And yet, the PS4 tops an impressive 10 million sales. What gives?

The obvious answer, of course, could be the longevity of the previous generation; around eight years, which is huge in computer terms, and especially when compared to the previous ones. Aficionados could well have been waiting for years to get a new system. But I think this hides a more important and interesting deduction, when you add to it the lack of love for the XBox One.

Microsoft made a disastrous PR campaign about the XBox One, with an extremely unpopular DRM policy, the need for an almost-constant Internet connection, the always-on Kinect… And being adamant about these being features of the system which could not be removed. All the worse for Microsoft’s image when, finally, in the months leading to release, the company frantically backpedaled, giving off a confused image to angry customers around the world.

For a long time, it was said that video games roughly always targeted the same demographic : males aged roughly 15 – 25. (We see that changing, with an ever-increasing number of women joining the party.) What that could also mean is that, somewhere along the line, traditional, first gamers “outgrew” gaming, possibly as jobs, families and various responsibilities demanded their time.

Where are those people now?

In their 30-40’s, most likely with jobs and kids having grown.

With time, disposable income, and possibly a desire to come back to gaming, this time with their kids. Just like role-playing games are also tiptoeing back into fashion; with new young players, of course, but also with the adult ones, slowly starting again.

These folks, the geeks of the 1980’s, probably a majority of them working in computer-related fields, will have heard of Microsoft’s PR fails of epic proportions, and, eager to buy a new machine, will have settled for the PS4. They would not condone Microsoft’s policy, even with its backpedaling. They know of the strategies Microsoft used in the 1990’s to get Windows on the PCs. They remember their reputation for horrible quality control in the times of Windows 95 and Me. Microsoft is an old enemy for them, in times when there were Amigas, Ataris, Amstrads, so many different platforms. They use Windows now but have no love for it.

They are now ready to get back to gaming.

I believe the demographics of gamers are always diversifying, first on the matter of gender – and I, for one, am delighted to see more and more women bring their perspective and passion to the field – but also with age. Not solely because your aunt or grandfather will play Kawashima’s Brain Training on their DS; but because middle-aged gamers are also coming back. And they grew up on what we now call AAA titles. They have a solid gaming culture, and experience, if maybe not the same skills as they used to. I would be delighted to see what mature, innovative, complex storytelling could be tailored for that segment of the population. And if I’m right, I hope developers and publishers beyond the indie scene notice that market.

Probably because, at 35, I’m also part of it, even if I never left the field!